Testimonials From Our Students

"EZ Mandarin is a very good school with very good teachers. They were very attentive to my needs and were friendly and fun to study with. Learning Mandarin can be a bit daunting and overwhelming at first if you have not studied similar languages before. However, you are in great hands if you choose EZ Mandarin school either way. The classes are structured very well and the teachers make the whole learning process fun and effective. I came to the school without any knowledge of speaking or listening and they made it very easy for me to understand the basics quickly and efficiently. Jordyn was an excellent teacher and she helped me understand a great deal within the time I as there." Xie xie Phil 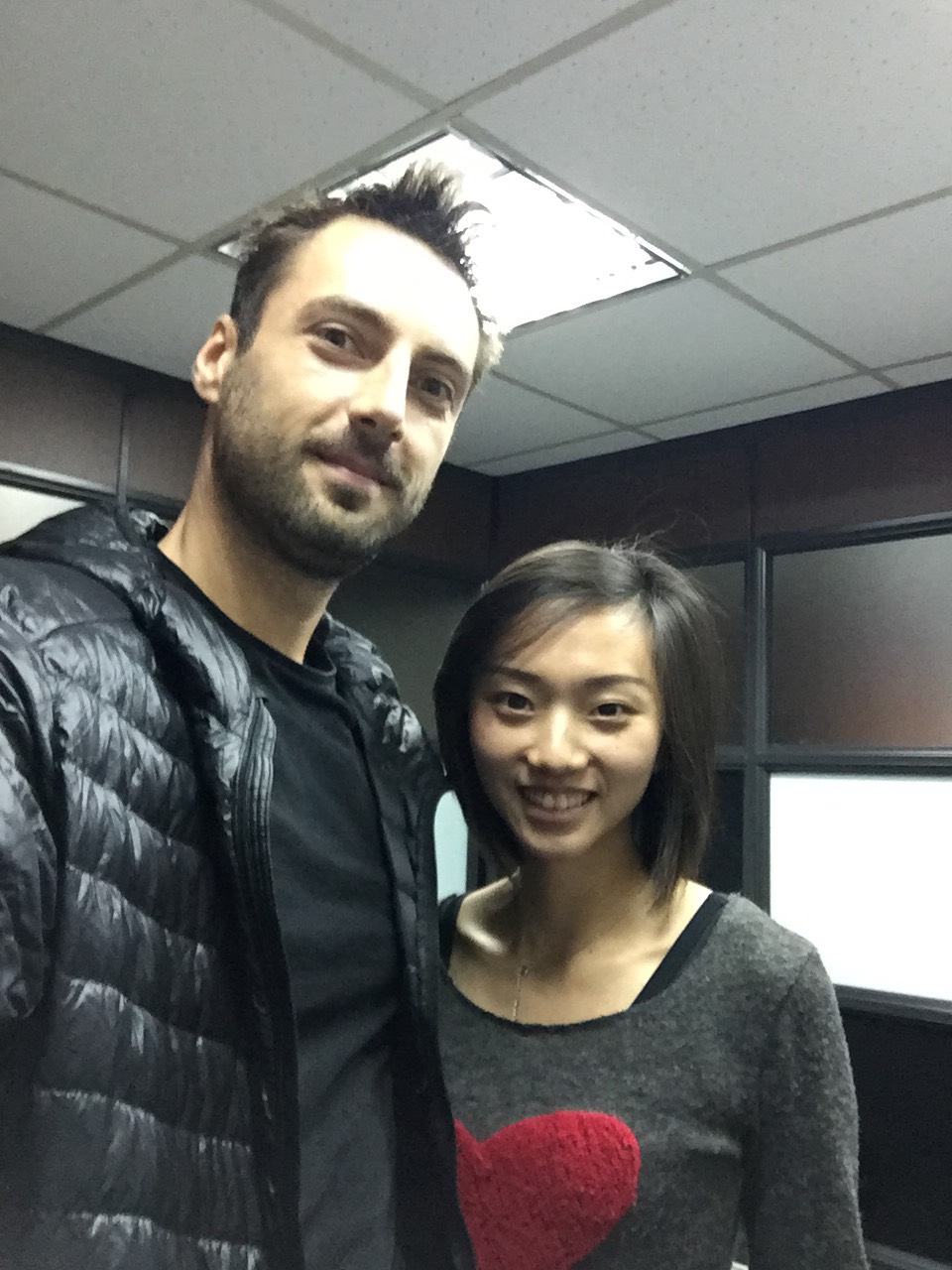 To Whom It May Concern: It is my sincere pleasure to write this letter recommending EZ Mandarin as an obvious choice in language institutes for studying Mandarin while in Taipei. The curriculum and teaching methods of EZ Mandarin are designed to best assist a student of any level with their language development and growth. The program has been developed to introduce and strengthen non-native speakers how to use Chinese in many situations by teaching students how to structure the necessary grammar. I really value my time at EZ and saw improvement results immediately. -Todd Finklestone, current student. 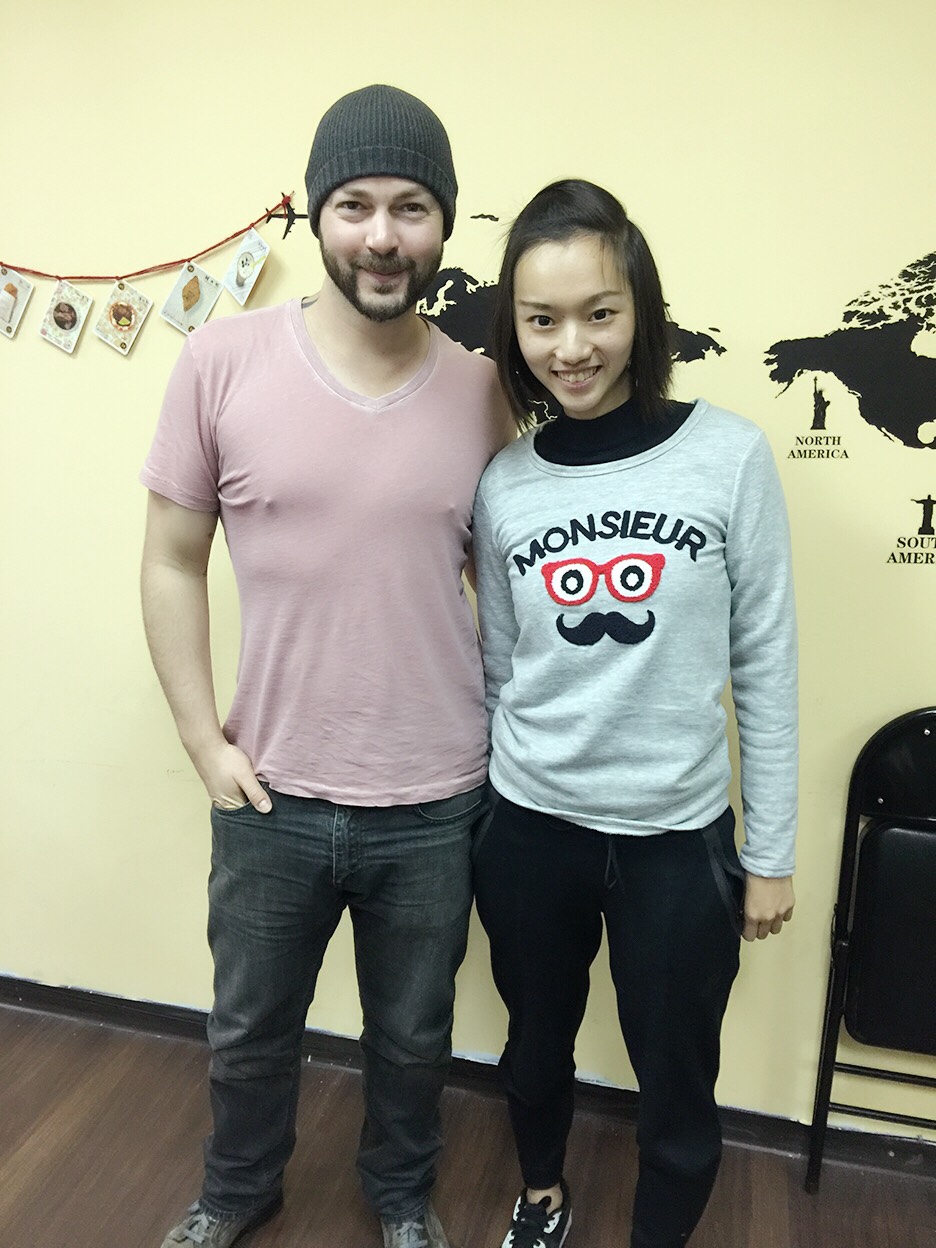 EZMandarin review -------------------- When I arrived in Taiwan for the first time, I was completely on my own to discover the culture, meet Taiwanese people and learn Chinese, which was the main goal of my trip. I already had a good proficiency in Japanese and extended knowledge of Chinese characters, and I could read Chinese to some extent, but I had no experience of speaking and listening. That's why I really wanted a private teacher to help me focus on that, and also to give me the fundamental bricks of grammar. The first time I met Jordyn and Sheyla (who was my teacher for the 2 months I went to the school), I immediately knew I was in good hands. They were really talking a lot to me, all in Chinese, and always with just the right level where I can understand almost everything if I'm attentive, but can also learn new words and grammar progressively. With Sheyla we did a lot of ground work on the grammar, and I was really happy with how precisely and simply she explained me grammar structures. Also she always detailed the nuances between similar keywords, which helps a lot to acquire more natural Chinese. Sheyla has a lot of experience teaching one-on-one, and she really could adapt well to my pace, and answer to all the questions and details I was asking her. The lessons were mostly in Chinese, so that I had an immersive environment; but Sheyla also used English to give me exact translations or explanations of new words and idiomatic expressions, which was a good approach I think. After 2 months of 3 classes per week, I was surprised at how much my listening improved: I could understand a lot of everyday conversations in Chinese; and I could also finally talk myself. My biggest feeling at the end was that Chinese was no longer a distant and unfamiliar language, and I started to really like learning it, and wanted to know even more. It made me really motivated. Also Sheyla always introduced me some elements of Taiwanese culture in every lesson. To be honest I didn't have any particular interest for Taiwan at first, and didn't know anything about it; but I was open to learn more and embrace the novelty. She told me about habits regarding eating, living everyday life, how Taiwanese people communicate with each other, and even about religion, history... and also the more 'nerdy' aspects of Internet and popular culture between young Taiwanese people! Which was quite fun, and actually super useful ro relate with the friends I made at that time. I really feel like that in the total 3 months I spent in Taiwan, thanks to Sheyla, to some close friends I made too, by visiting many places in Taipei and around, and by actually practising my Chinese in every occasion I had, I really grew to like Taiwan and its culture. I had to go back to Japan for now, but I'm definitely thinking of visiting Taiwan many times again, of deepening my relationships, my knowledge of the culture and the country... and I think a lot of this progress in Chinese, of this new-found motivation and future projects are thanks to the lessons with Sheyla. I'm very thankful to her and Jordyn, and will definitely take classes in their school again when I come back. They are super friendly, fun, and of course very competent teachers, and I really hope more people will have the chance to study Chinese with them as I could. 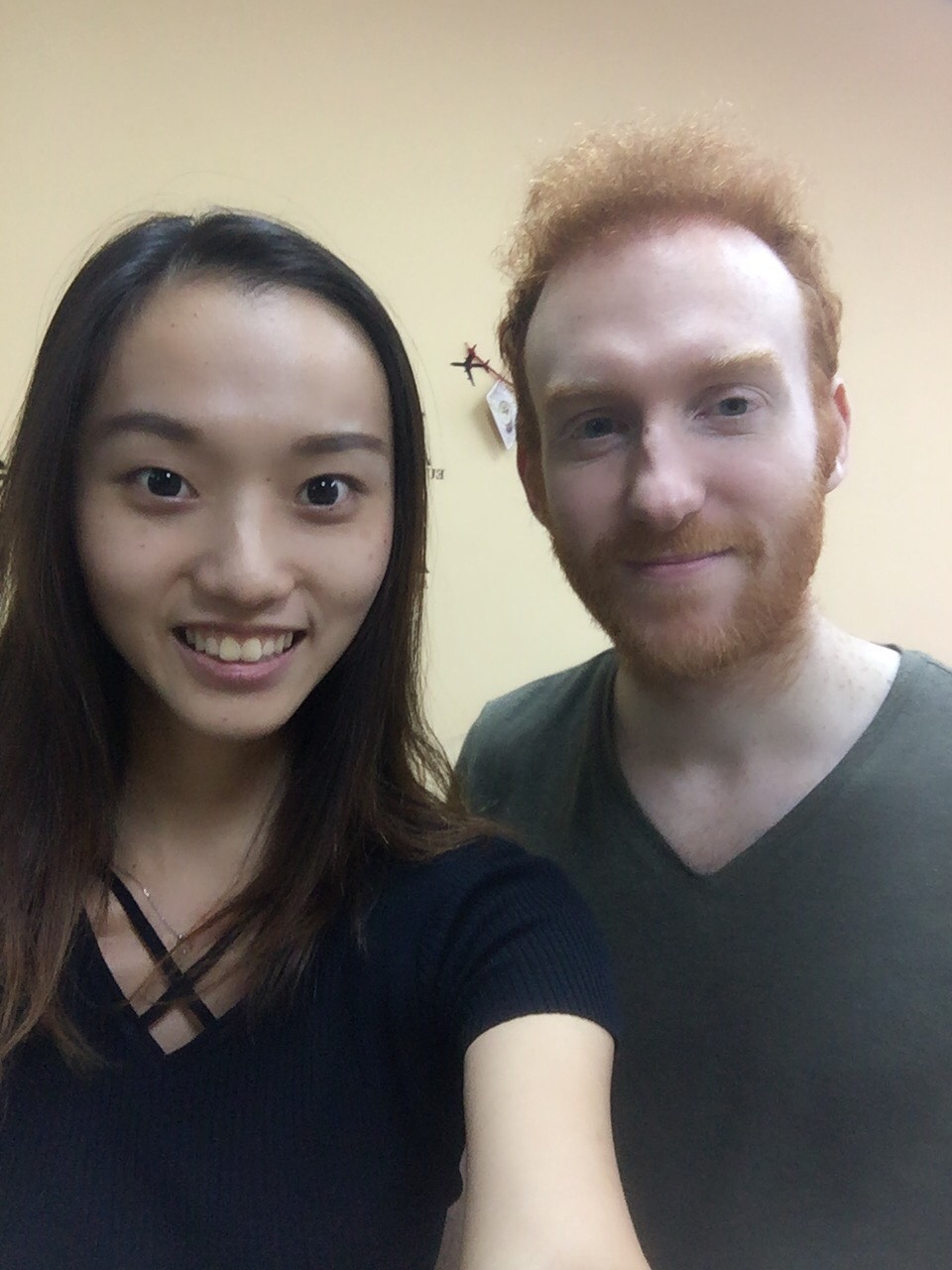 I had a great time learning Chinese at EZ Mandarin with Teacher Mick. I'm so surprised of how much I learned in a matter of months! Thank you ! 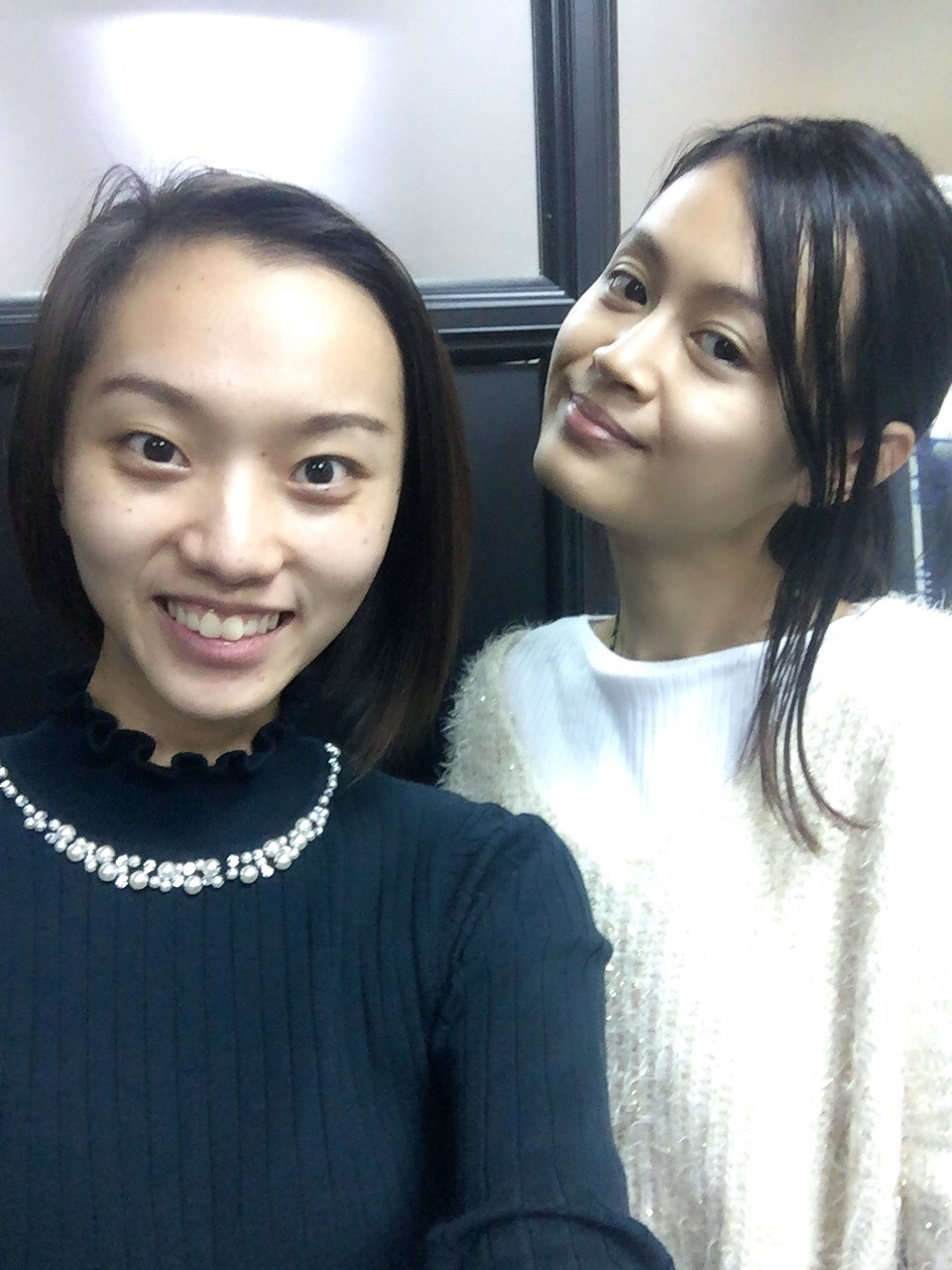 I found Jordan's Mandarin teaching technique to be very professional and thorough. She pays detailed attention to correct pronunciation and grammar and is not afraid to pick students up on their mistakes. I would recommend Jordan to any student seeking professional Mandarin tuition in the New Taipei area. 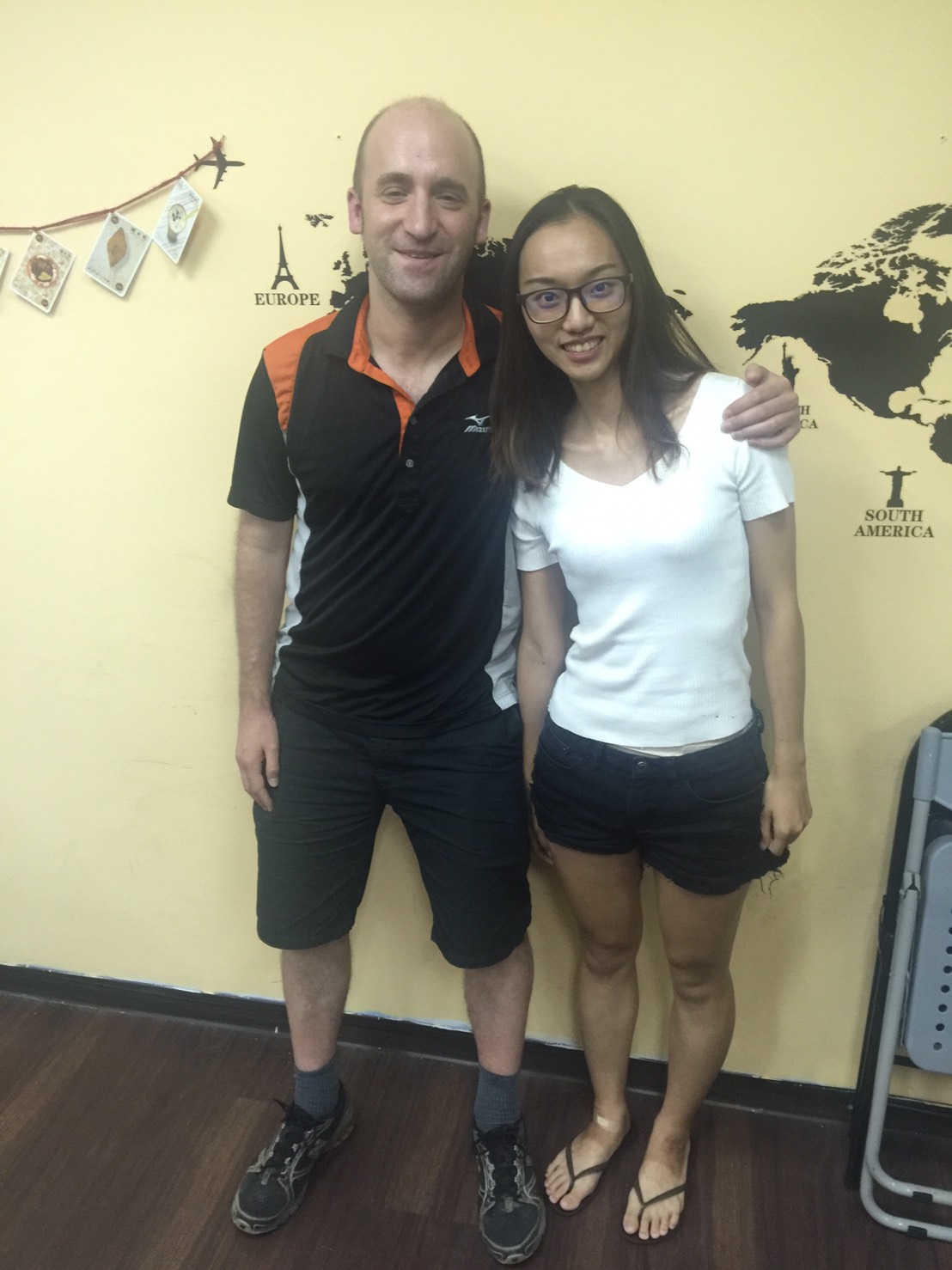 Jordyn, I wanted to take a moment and thank you for such a wonderful learning experience. It is a pleasure to have you as my Chinese Teacher. I hope to continue our courses via Skype (thank you for making that an option). You make learning Chinese fun and I always look forward to our next class. The way you weare able to evaluate my needs and adapt to them could not have been easy. I know because of my being self taught over the past 4 years; in some aspects, I am still a beginner, and in others I am intermediate. You were able to asses, use multiple books, and converse with me on my personal level. You only used information that applied to me, and that I would use in my daily use of Chinese. I know this is not easy, and many other teachers are not able to do this. I also know it must take a considerable amount of patience to work with students like me who are a bit hyper, and have a difficult time focusing on just one thing at a time. Lastly I wanted to thank you for working with my schedule. I know you would have preferred a more set schedule, but you were able to work with me when my, and your schedules would allow us to have class. I feel the few classes we were able to have put me a good year ahead of where I would be if I had not had you as a teacher. I will recommend you to any of my friends who are looking for good Chinese teacher, and I will be in contact with you for more classes if and when I return to Taiwan. With Much Appreciation, James Evans North Carolina, USA 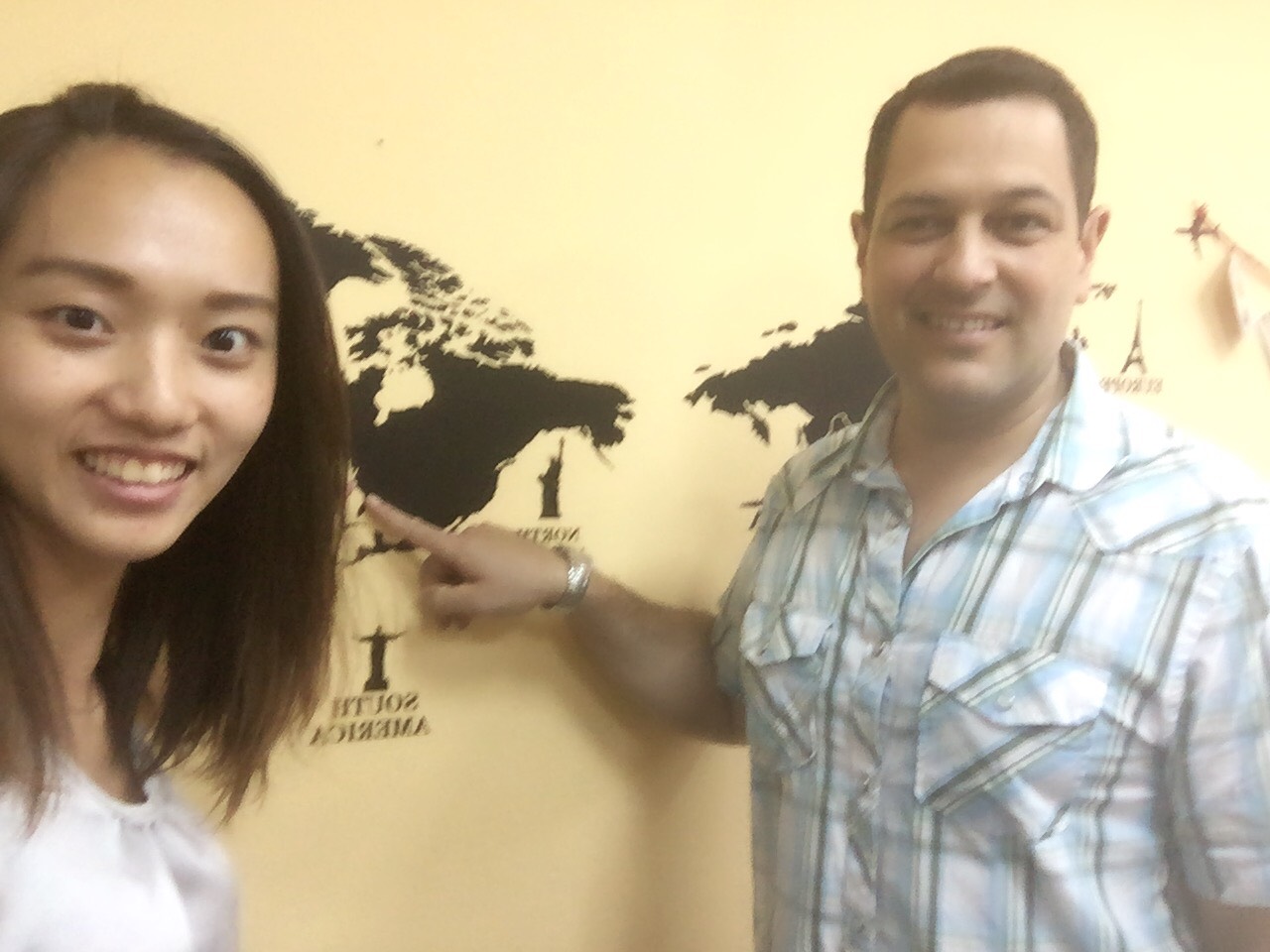 You have no idea what a difference you made in my Mandarin. When I first arrived in Taipei, I met with many teachers. They offered to come to my home or meet me at coffee shops. But it was your vision of learning - combining real conversations, text book studies, and a quiet class room environment - that made me into a true speaker of Mandarin. In your studio each week we studied new words, and you drilled them into me in the quiet environment of your class room. I remember walking around the class room as you made me use my new vocabulary in sentences and then have full on conversations with my new vocabulary. Finally, I had to take everything from our one-on-one sessions and apply them in new situations - first with your other teachers, then in the stores, coffee shops and restaurants. I still remember being out at a restaurant when the people next to me couldn’t believe how fast I was learning. And my first weekend with Taiwanese friends when I sat for a few hours listening to their conversations and was able to participate - it was then I realized that the language was becoming part of me. Today I’m back in the US and chatting it up as often as possible. There are very few non-native speakers who can keep up with me. When I meet Taiwanese and Chinese their mouths drop when they are engaged in real conversations in their native language with an American non-native speaker. Your school did it. Your teachers did it. My hard work did it. Xie Xie Ni Jordyn Laoshi!!! Steve Robinson 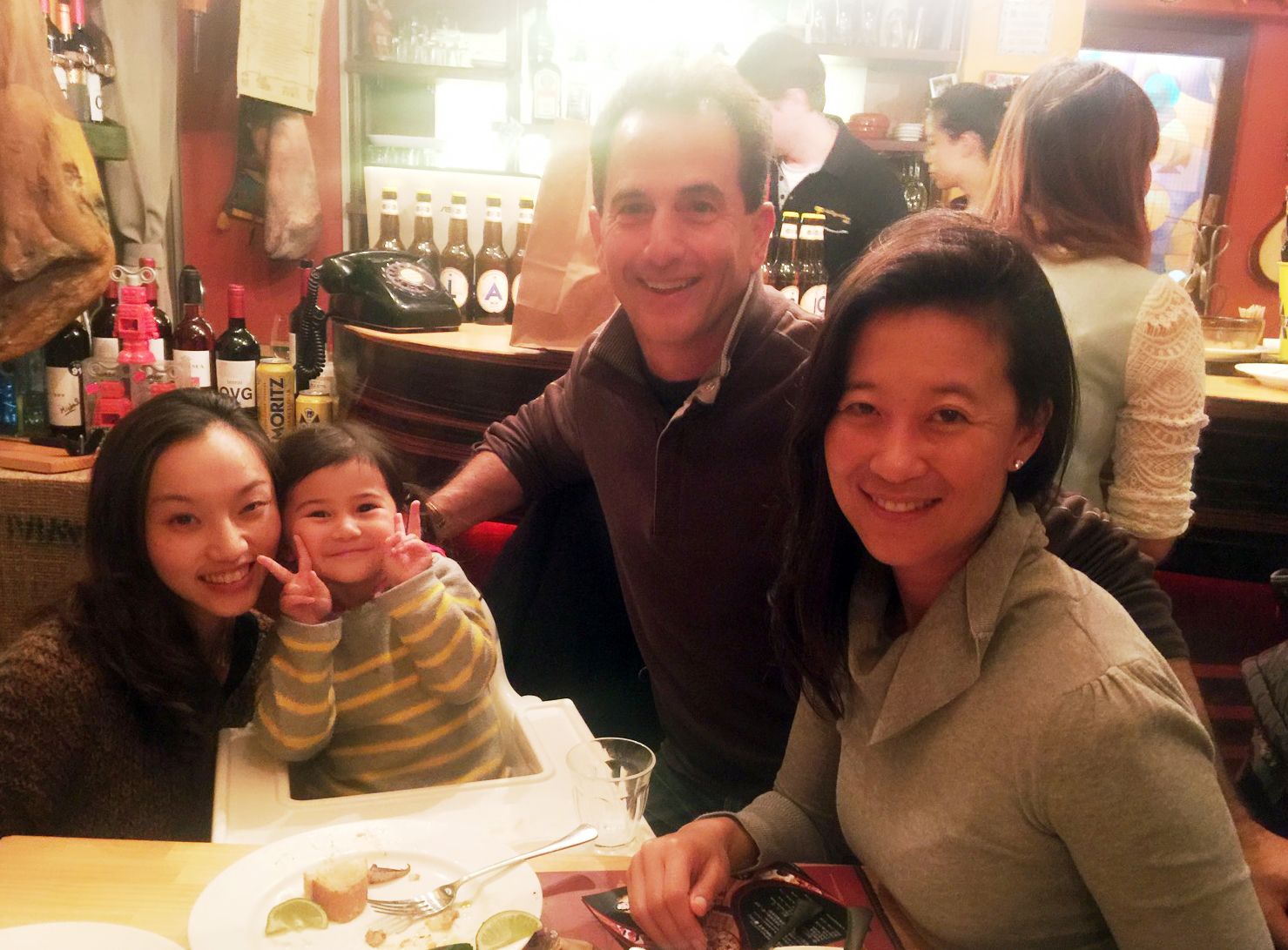 I would like to offer my sincere gratitude for all the help and support you gave me in my time studying with you. Although it was only a short period of time i feel that i have learnt so much in my reading, writing and understanding of the Chinese language. The classes were always fun, informative, educational and inspirational. The confidence i gained will surely help as i continue to study, albeit from afar. So once again thank you and i wish you all the best for the future. Peter Barratt ( 吳鎧伯 ) 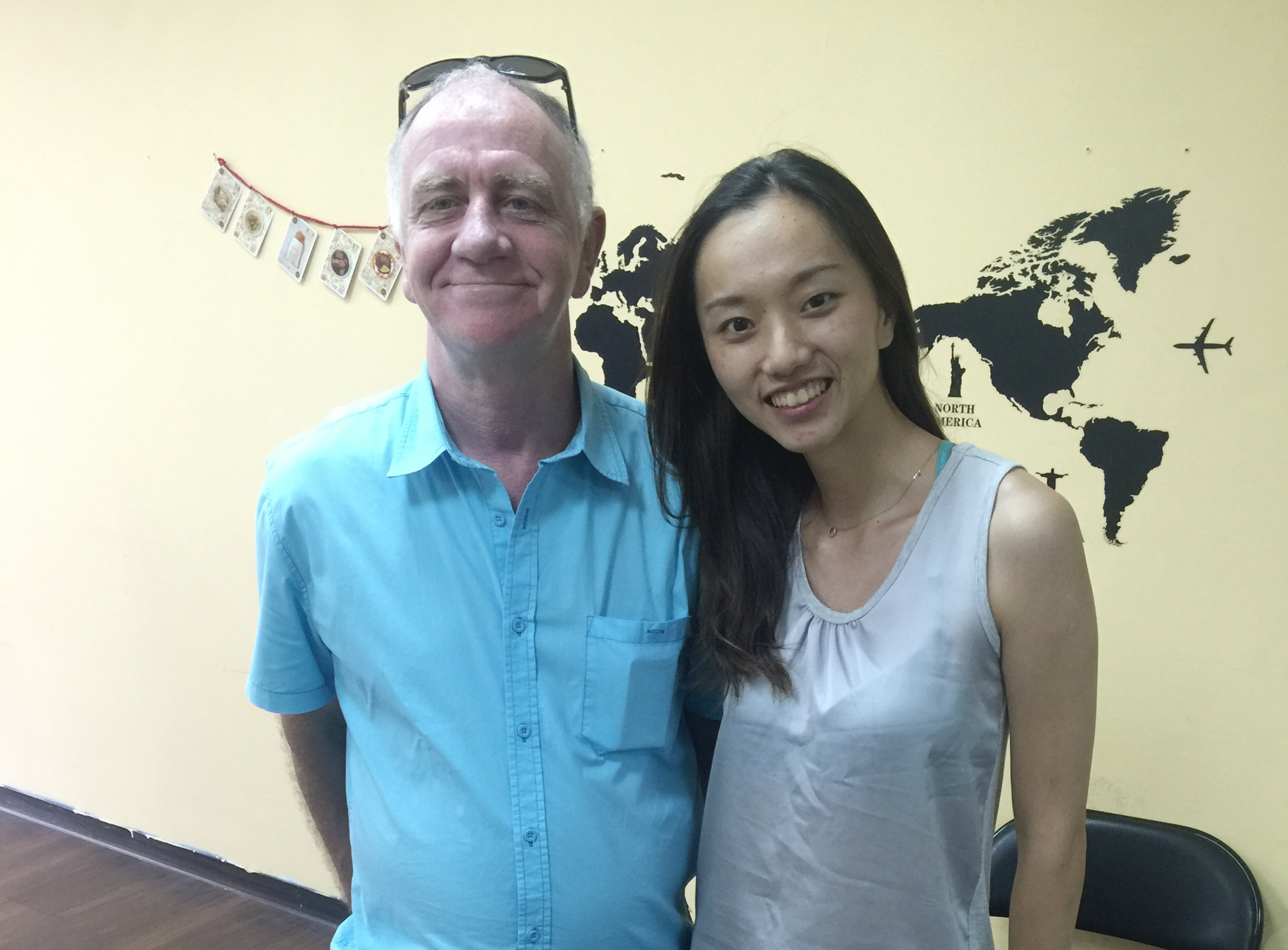 I had been self-studying mandarin for almost a year, before deciding to travel to Taiwan for 3 weeks to improve quickly. I had arrived with a very basic level only. Before I arrived it was very difficult to find an intensive course to help me learn fast and level up my mandarin. Then, I found EZ Mandarin. Jordyn quickly and accurately assessed my level and set up a course for me. She was able to customise a timetable to accommodate my learning objectives and needs. At the start we used lots of English during the classes, towards the end we mainly used Mandarin. My two teachers, Jordyn and Shayla, were very professional. They both have a lot of experience and understood my learning requirements well. Both of them crucial in my language learning journey. If you want to take your Mandarin to the next level, I highly recommend this school. Also if you would like to personally contact me with any questions about the learning experience, you can email me on: kishan.arava@gmail.com Kind regards, - Kishan 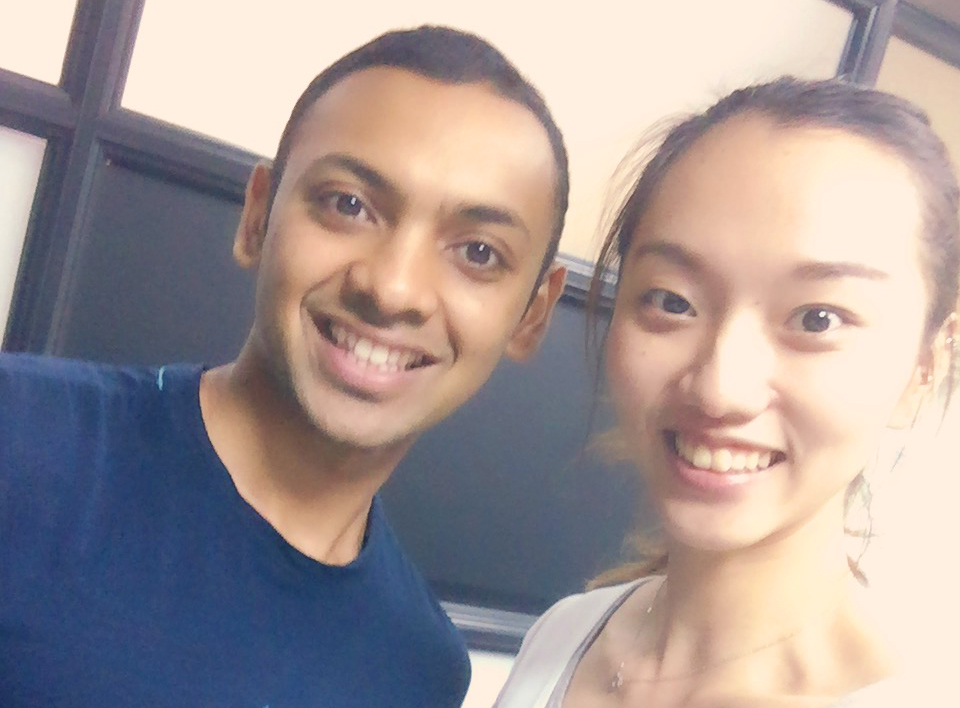 I took 2 months of Chinese lessons with Jordyn and it is my pleasure to highly recommend her and her team. She's well structured, and very focused on your individual key learning needs. She also has a great personality - good sense of humor, friendly and patient, she makes learning fun!

I stayed in Taipei for a short term and wanted a course focused on improving my fluency. I decided to take the classes on EZ Mandarin and I was very satisfied, the course was totally tailored to my level of Mandarin and my needs. The teachers there are also nice and fun. It was a very good choice! 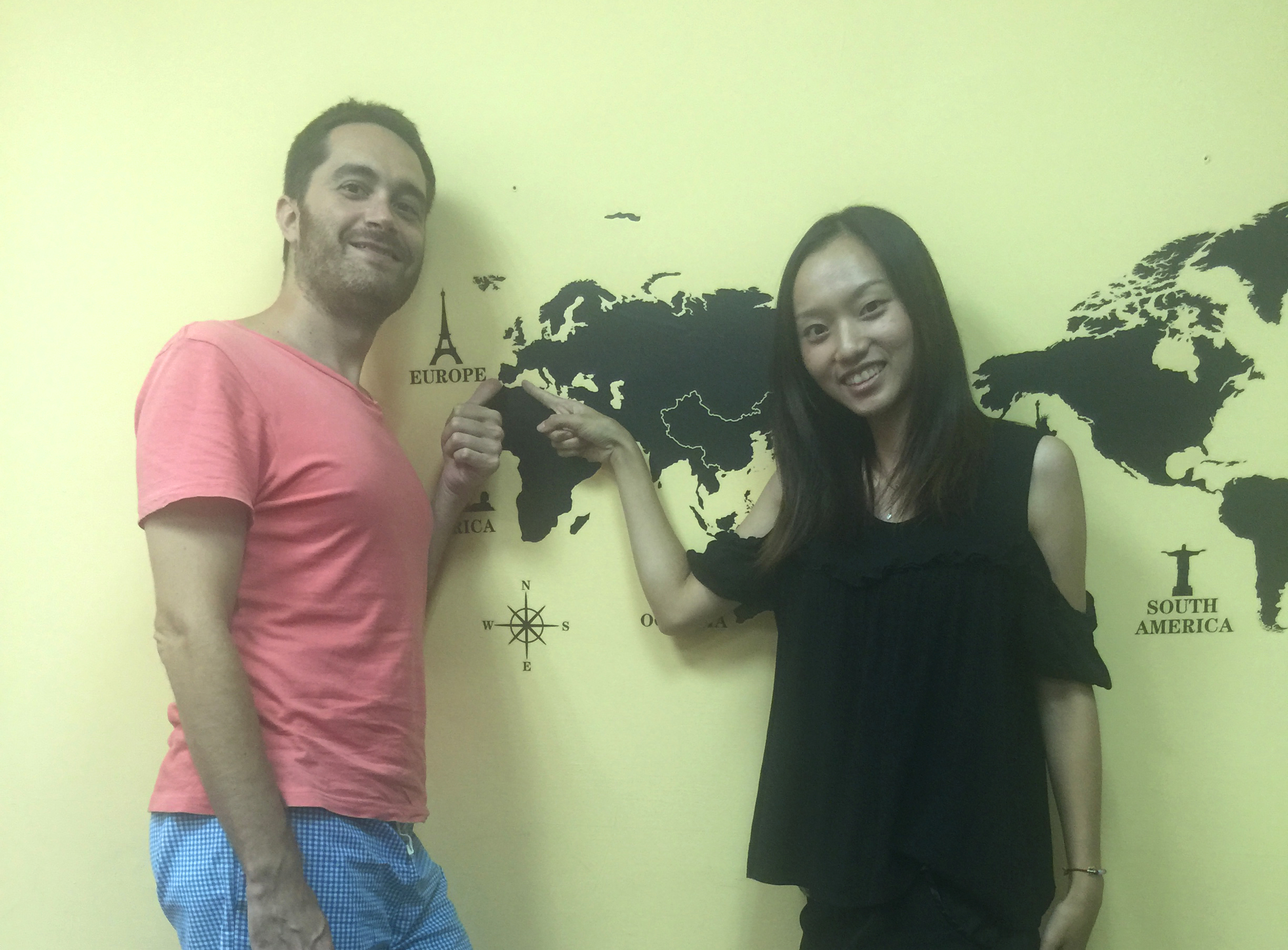 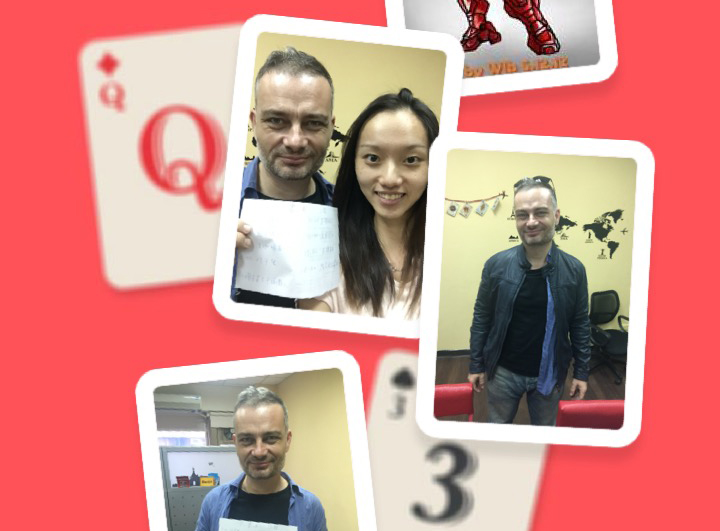 I am very satisfied with my learning experience at this mandarin school. Both the teaching approach and the learning environment make you very quickly gain confidence in speaking and writing Chinese for everyday use. Daily homework assignment and review keeps you working on your learning process even outside the classroom. In addition to all that, prices are highly competitive. The location is very convenient as well, close to a subway station in a local Taiwanese neighborhood.